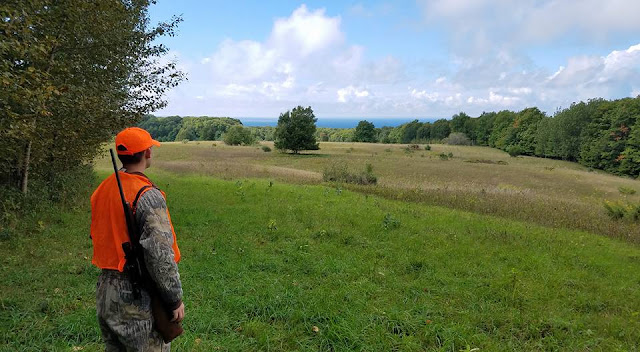 2016 was going to be the best bow season ever.  I’d save enough vacation time to be able to hunt harder than I ever have.  I’d have trees prepped in March and trail cameras out in late July.  I’d shoot 3D and practice different shot angles from my stand.  I’d be unstoppable.   And ready I was, except for the saving vacation time part.  The fly fishing guide service I operate as a side business saw an unexpectedly big bump in demand and used up all of my vacation time.

I’ll just have to hunt weekends and not book any guide trips after October 1st, I said.  But several repeat clients called, and I just couldn’t turn them away.  Weekday evenings after work went to picking my son up from football practice.  And to make a long story short, I spent 9 months preparing for time in the woods I wouldn’t have.  Its late November as I write this, and I’ve spent two evenings on stand.

The good part is that the youth hunt with my son went about as good as I could have hoped for as a result of all the preseason work I put in.  He shot a matriarch doe at the end of a 200yd stalk.  We spent the better part of an hour belly crawling through a knee-high, grassy meadow, using small rises in elevation and anomalous shrubs and conifers to get within range. 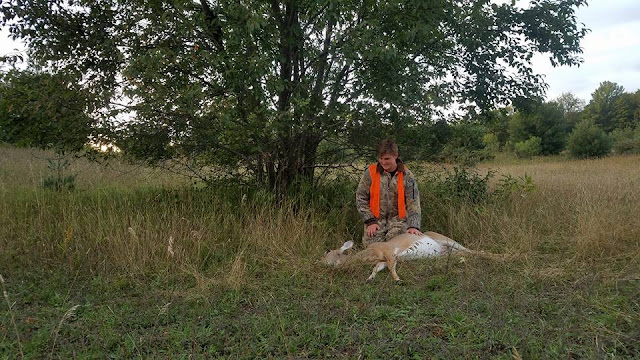 At one point, she pinned us down for a solid fifteen minutes.  She and we sat motionless staring at each other, a firm breeze blowing from her to us.  It was a battle of patience we somehow came out victorious on.  To her credit, we were aided by the distractions of a few monarch butterflies that were flickering around the milkweed plants near us, and a stunning view of lake Michigan.

This was his second deer, and both were spot and stalk kills.  I couldn’t be more proud of him. There was a point where he had decided to pass on her.  He wanted a buck.  I think she would still be alive today had it not been for me talking him into it. Thats a lot of meat, kiddo, and you can't eat horns.

I’m not very big into firearm hunting, always been more of a bowhunter.  Hopefully I can find enough time to get out during the late Archery season in December.   But its trapping season then , too, and well, time and priorities will continue being tested.
at November 21, 2016