Where are my pants?

I could hear the wheels of a truck crunching through the snow and ice on the trail into camp.  I rolled over and groggily realized I didn't have any pants on, which is a weird thing to wake up to in a camp full of straight men.

﻿
﻿ I popped my head through a small slit unzipped in the door on my two man tent to see Carl's truck rolling in and my pants wadded up next to my wading jacket outside the door of my tent.  To the left was a smoldering campfire surrounded by empty camping chairs.  An acoustic guitar leaned against the furthest, a blue pick wedged between the strings.  Behind the fire area was the kitchen, there was an empty bottle of whiskey, empty beer cans, covered up leftovers from last night's dinner, a cooler and an overall state of messiness extending to the wood pile. 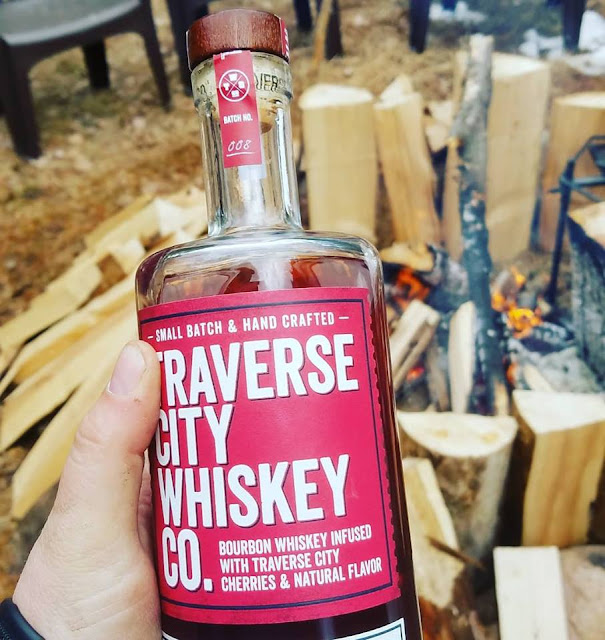 Most of our camp was still covered in six to twelve inches of snow, the only areas where it had melted were covered with tents.

My attention returned to my pants, which had light pink chunks of something-- I couldn't figure out what-- on the left leg.  The same stuff was on both the outside and inside of my wading jacket.  What the hell did I spill on myself? 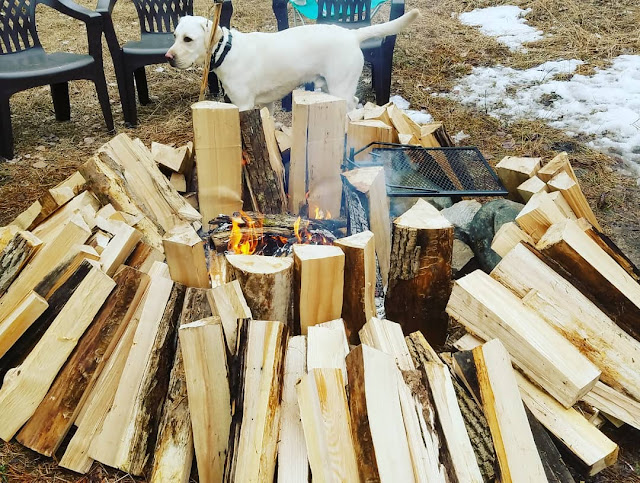 "You alive?" a voice asked from Lloyd's tent

I think so, what time did we go to sleep?  What time is it now?

Shit, we've gotta get to the Tubes to cook breakfast.


﻿
﻿
﻿
﻿
﻿
﻿
The night before was a bit of a blur, but the food was still vivid in my memory.  We had chopped vegetables cooked over the fire, bacon wrapped jalapeno poppers, morels, bear and venison steaks cooked over charcoal and assorted snack foods.  We were all drinking assorted alcohols and a fifth of Grand Traverse Distillery's Cherry Whiskey which circled around and around the fire as we BS'ed, sang, played guitar and harmonicas, and laughed into the night.  Apparently, it would go around the fire from man to man, untouched, until it got to me and I'd take a drink.  Then it would go back around, and I'd take a drink and pass it on, unaware I was the only one drinking until it was gone.  Suspiciously, it was the same color as the chunky substance on my pants and wading jacket.

At the Tubes, we cooked a free pancake breakfast for anyone out and about in the Pigeon River Country State Forest for the opening morning of Michigan's Trout season.  It was an event being put on by our local Trout Unlimited chapter, of which all of us were active members-- except for Bob, who was from out of the area.  As we flipped pancakes and rolled breakfast sausage links on the grill, grainy cell phone photos and videos started to circulate amongst us that were taken the night before.  Videos that were just a bunch of guys at trout camp having good fun, but which should be deleted if any of us ever want to run for public office.

"You bring plates?"  Terry asked me. 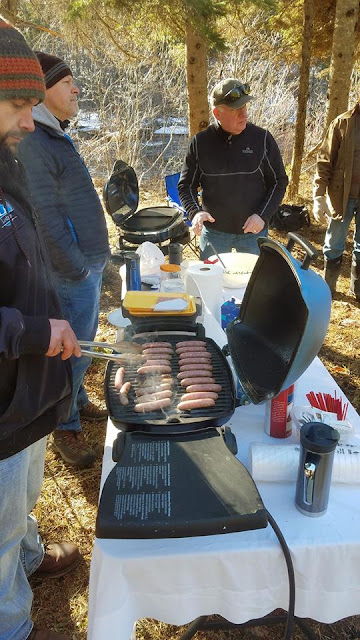 Scott ran to get plates and we didn't miss another beat-- unless you consider that Jake never made it back with fresh cigarettes as he was busy nursing a bad hangover on the side of Sturgeon Valley Rd.

We hit camp after, geared up, and then Bob and I hit a spot that I thought could produce a fish or two despite the high, cold water.  Actually, despite it being so high, it was surprisingly clear.  We leap frogged from hole to hole with no luck, then jumped to a different stream with the same results.

﻿
﻿
We went back to camp and got ready for night three, only I had to head out early for a prior family commitment.  This is the second year that this collection of guys have gotten together to celebrate the trout opener and its safe to say that despite the poor fishing, we're all looking forward to doing it again next year.
at May 03, 2018