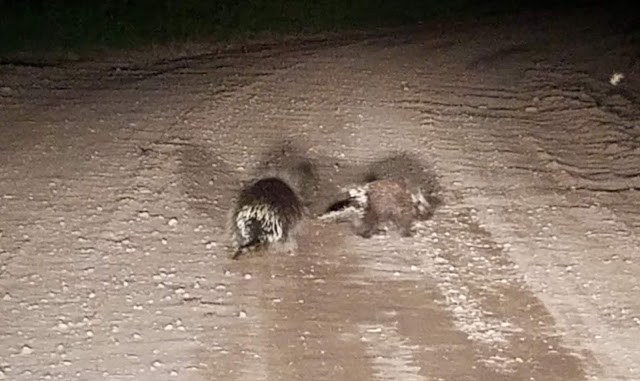 Back out to shine last night, only saw one deer, a single doe browsing on some tops in an area that was select cut last year. Also saw a half dozen elk and two porkies. To be honest, I'm kinda not sure what to think about the lack of activity. Three nights this week and just over a half dozen deer total, no bucks. I'm also trying not to be concerned, it's late July and the areas I've been shining are near food sources that wont really be hopping until later in the year. I'm also shining mostly woods so the visibility is never more than 100yds from the road, usually less than 40. I'm tempted to park the car and shine deeper in on foot but I'm not that desperate to see deer this time of year, and I feel good about the intel I got last fall and in the spring. Just gonna keep doing what I'm doing but move to some different areas with better visibility.
at August 01, 2019